When you write HTML code, and the browser renders it, the process by which the HTML elements end up as a rendered web page on the screen can roughly be summarized as follows:

Although the first 3 stages (JavaScript, styling/layout, and painting) are done entirely on the CPU, the fourth stage (compositing) can be handled by the GPU. The goal of this document and your animations should be to move as much of your animations into this last stage as possible.

The first thing you should do when you start investigating sub-optimal animation performance is to use the profiling tools you have available with the Emulator. There are mainly 2 ways: using the control panel and using the Chromium Developer Tools (DevTools).

You have the following options available to you in the Control Panel:

DevTools is a tool that comes with most Chromium-based browsers (such as Chrome) that enable the user to inspect the internal workings of their HTML page. This gives them information like where each HTML element is rendered, what CSS properties it has, and even more detailed information like JavaScript and rendering profiling in addition to other debug tools. To launch DevTools in the Emulator, simply click on the "Open DevTools for this URL" link at the bottom of the URL bar in the Control Panel.

There are loads of articles available on the internet that detail how to use Devtools. You can get started at the official Chrome DevTools documentation.

As mentioned at the beginning of this document, rendering in Chromium is done in 3 stages namely Style/Layout, Painting and Compositing. You should always strive to trigger as few of these operations as possible. This means you should try to avoid Layout, and Painting as much as you can. One way of doing this is to promote animating elements into their layer, by adding thetransform: translateZ(0); CSS property into your element. This enables Chromium to cache the layer and just recomposite it if there were only simple changes to the page, like transform or opacity updates that didn't trigger layout or paint of the whole page.

Ideally, this would mean one layer per animatable entity. However, creating too many layers has its overhead, so you need to come up with a good compromise. A good rule-of-thumb is to put together all elements that have the same transform into the same layer. If you start noticing your performance going down due to too many layers, you should start merging layers or shaving off animations until your layer count is under control. For more information, see GPU accelerate your DOM elements.

Note: There are more ways to promote an element into its layer so don't go using the translateZ transform on every element. For more information on what causes layer creation, refer to the section below on Compositing Reasons.

If using CSS animations is the easiest way to increase your animation performance, using realtime DOM generation is the easiest way to kill it. Adding or removing an HTML element (div, img, etc) on the fly via JavaScript forces the internal DOM tree to be regenerated, the CSS styles are reapplied and the layout is done again. All the elements then need to be repainted and re-composited. It is as good as refreshing your webpage/portal so don't do it!

We look at a simple example here with an older version of the the Vewd App Store user interface. To see if it is well-designed and high performance, we turn on paint rects and layer borders turning on these options in the control panel. When the TV Store loads, this is the screen we see: 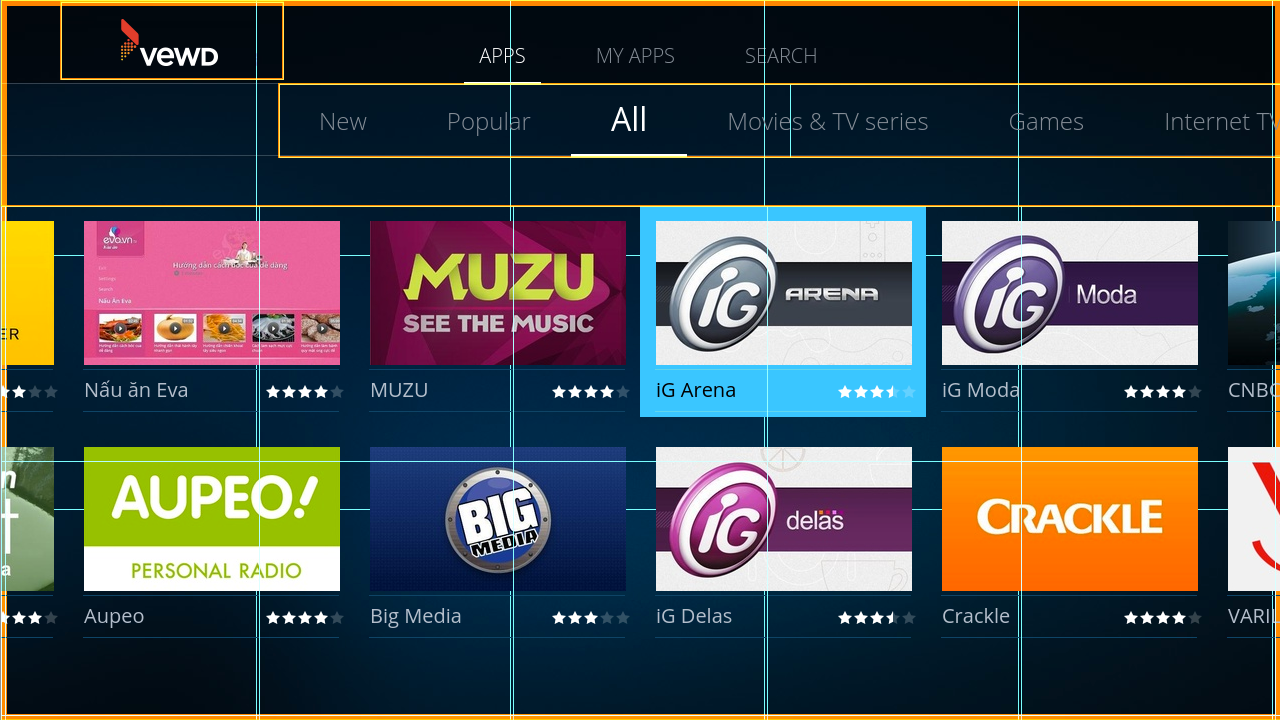 Looking at the resulting image of the TV Store, you can observe the following:

As promised, here is a (non-exhaustive) list of reasons why Chromium promotes an element to its own layer (taken directly from Gpu Accelerated Compositing in Chrome:

The following links give more information about optimizing your web code: